NF Beauty Rebranding Special ▶ up to 25% off

Night creams are vital in our routines. Mainly because they provide nourishment and moisture to our skin during the time at which our skin heals and regenerates itself to most efficiently, at night!

And for those of us who have drier skin, our skin naturally produces less oils so a nice cream at night is actually beneficial for our skin. It actually aid’s in the healing/regeneration process while keeping our skin nice and moist while we get some shut eye.

And we’ve also gathered a few of our faves for dry skin below to share everyone!

So let’s jump right in. 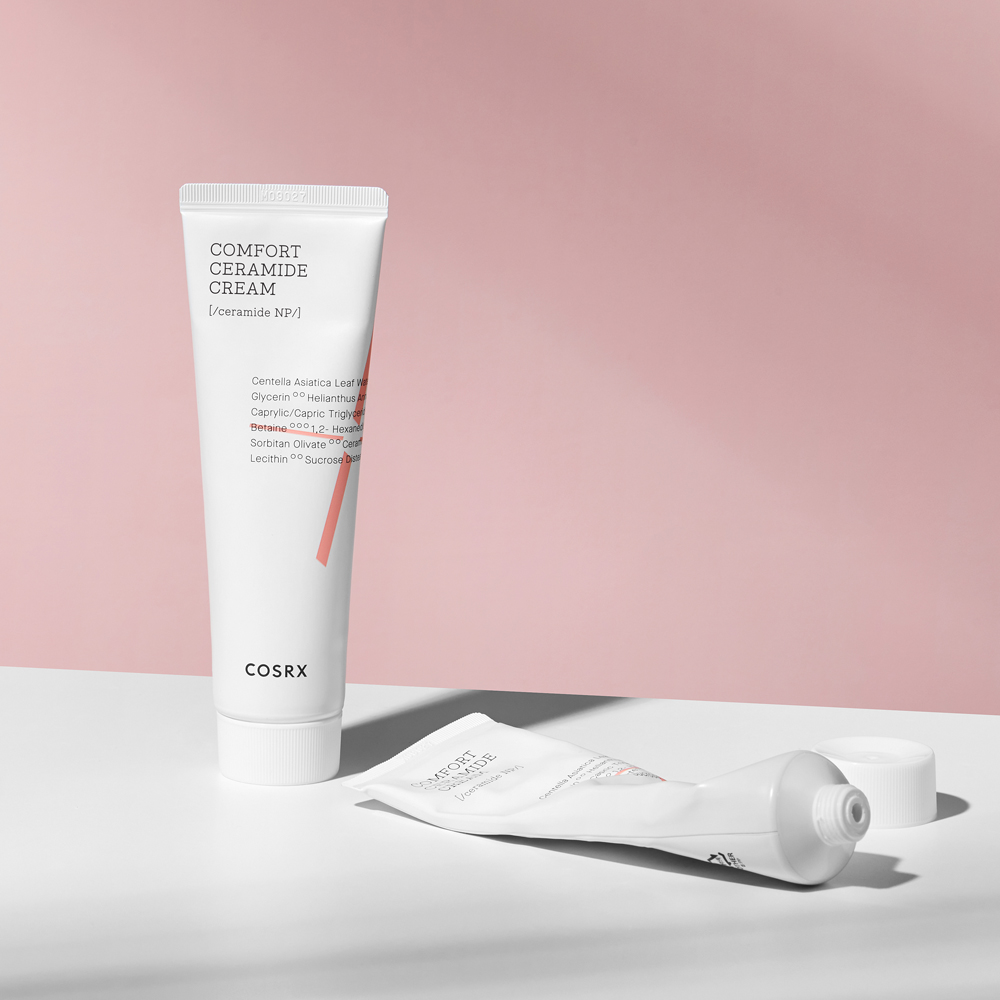 Barrier enhancement galore! COSRX’s Balancium Comfort Ceramide Cream is ideal for those looking for a thick, nourishing cream to heal and strengthen your skin inside and out.

Formulated with Centella Asiatica Leaf Water and Ceramide NP, it is able to deliver intense soothing and repairing properties to your skin. While Centella is most well known for its soothing and healing properties, Ceramide NP, being a fatty acid is extremely good at improving barrier function and strengthening the skin itself.

This is because ceramides are a type of lipid which help to for the skin’s barrier and to retain moisture within the skin. Your skin is actually capable of producing ceramides as well! It’s just in drier skin types, our skin naturally produces less oils, hence our skin also produces less ceramides.

So, if you have dry, sensitised, or even damaged skin from irritants and pollutants, you’re looking at a strong candidate to incorporate into your routine! Soothing, intense moisture retention, barrier enhancement, deep repairing…. Isn’t that what we all want from a night cream? 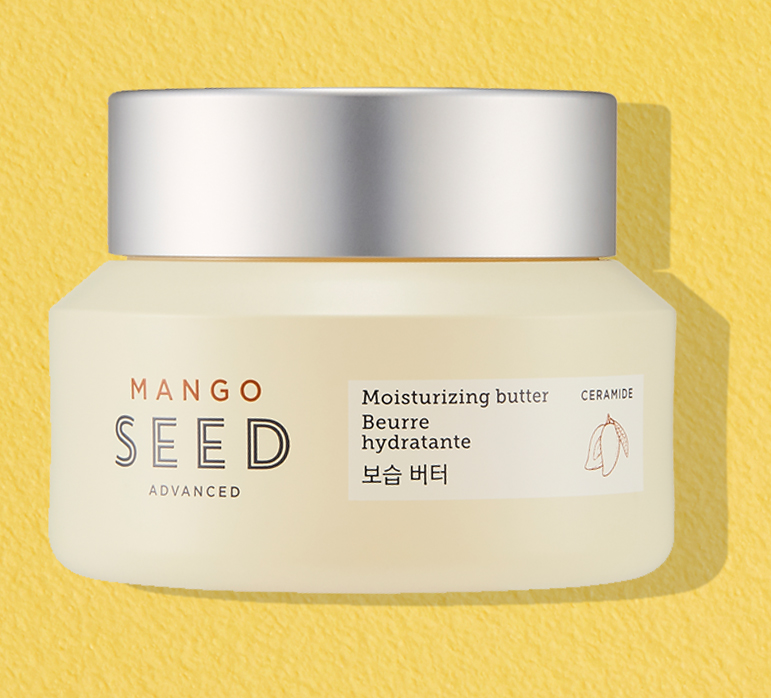 Although Vitamin A and C a more known for their anti-aging and brightening properties, they are actually slightly watered down in this product. So you will still get the benefits of increased skin cell turnover, and increased radiance in the skin, but less so of the increase or promotion of collagen production.

The Mango Seed Moisturising Butter is most suitable for those with drier skin and for those whose skin ISN’T too sensitive; so more normal, less reactive skin. This is a great night cream especially for the drier, cooler months as it leaves a nice protective film on the surface of the skin to act as an artificial barrier too! 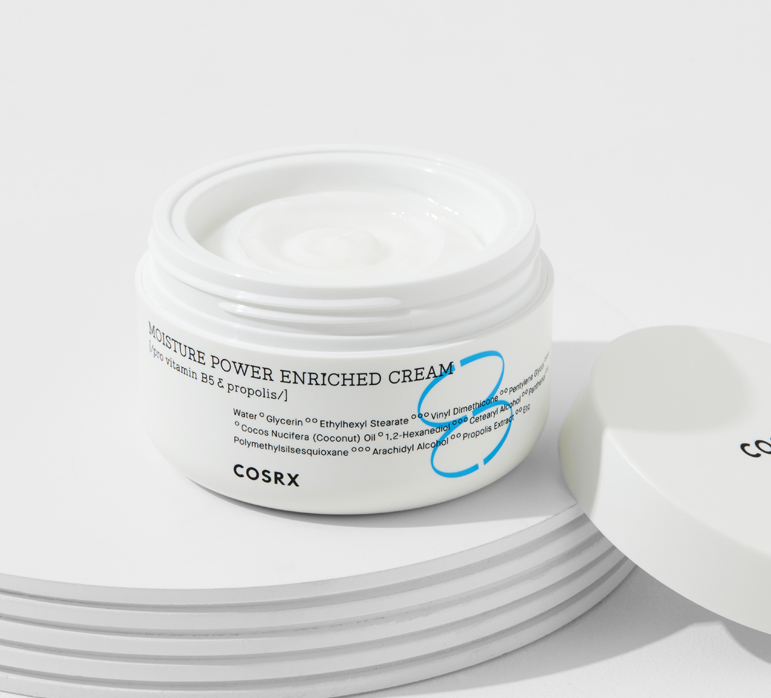 This is my personal favourite cream of all time. It’s actual suitable as a day AND night cream too, so extra points to this baby from me.

Although its formulation is quite thick, it has the incredible ability to absorb into the skin quite quickly while leaving the thinnest film on the surface of the skin to let your skin breath. It’s unique ingredient make-up is also another plus from me.

Panthenol is the key ingredient of the Hydrium Line from COSRX. It has moisturising and hydrating properties while also promoting soothing and healing in the skin. The healing aspect of the cream is also backed up by Propolis Extract. Propolis is a powerful anti-inflammatory and antiseptic ingredient and is most commonly used for its restorative abilities. This meaning it helps to protect the skin against bacteria, reduce redness, and also strengthen the skin’s functionality by accelerating the growth of new skin cells.

While panthenol and propolis work to heal and strengthen the deeper layers of the skin, Coconut Oil and Ceramide help to improve the skin’s protective barrier and increase the skin’s ability to retain moisture.

Now, don’t back away when you see ‘Alcohol’ in the ingredients list. Let me clear a little misconception of alcohols for you. There are some alcohols which are ‘bad’ for your skin. These are also known as astringents, meaning they dry out the skin further and often cause more damage than good. More common forms of these astringent or volatile alcohols include SD Alcohol, Isopropyl Alcohol and Alcohol Denat (and less often Ethanol).

The second type of alcohols, ‘good alcohols’, are known as fatty alcohols. These are actually beneficial for skin care and are derived from vegetables. They are non-irritating and they even act as emollients and emulsifiers in skincare by increasing moisture retention and by helping to prevent the separation of oils and water in products. The most common ‘good’ alcohols are Cetearyl Alcohol, Stearyl Alcohol, Cetyl Alcohol, and Behenyl Alcohol (and also Arachidyl Alcohol which is in the Moisture Power Cream!)

Okay! And that’s the end of my mini word vomit!

The Moisture Power Enriched Cream from COSRX is ideal for dry skin types of all kinds. It helps to increase the skin’s natural ability to retain moisture, while also softening the skin’s texture and reducing sensitivity. It also sits well under makeup!

To see some more creams (and lotions), you can follow the links below!

Lotions for Combination Skin Types – Did you say Antioxidants?

Back to Hey, K-Beauty

Not the end but an and